​Climb over a small roof to a slab  then proceed to a slight overhang.   3 bolts

​This is a top rope problem. Not sure if bolts would hold on the bottom section. But very worth putting a rope through the anchors. 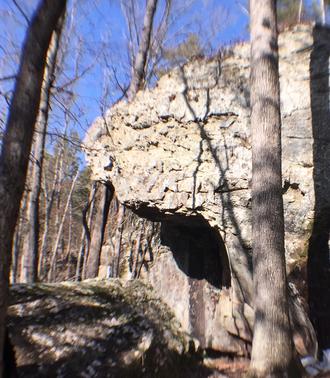 The only journey is the one within.  Rainer Maria Rilke

This area is located about a five minute walk north along cliff line from Dark Matter Wall.

What great thing would you attempt if you knew you could not fail?  Robert H. Schuller

​Be faithful to that which exists within yourself . Andre Gide

Lord, grant that I may always desire more than I can accomplish.  Michelangelo

​The best way out is always through.  Robert Frost

If we did all the things we are capable of , we would literally astound ourselves.  Thomas Edison.

The power of imagination makes us infinite.  John Muir

Climb through a series of small roofs and an arete, to two larger and more difficult roofs.    4 bolts  FA  Heath Dieckert

Climb up a stiff bouldery start that leads to a big roof, staying under the roof , heel hooking and clipping bolts as you go ,at last bolt pull over to climb to anchors. 5 bolts

Climb through small ledges , cracks and pockets to gain access to the top . no anchors  FA Zen Boulden

Perfection is not attainable, but if we chase perfection we can catch excellence.  Vince Lombardi

Climb up to a horizontal crack then bump left to some tendon tweaking holds , follow line of bolts to large and much friendlier climbing. 4 bolts  FA  Eric Casazza    Variation : climb to horizontal crack and head right , missing the crux and saving your tendons,  5.10b                  FA  Jerry Barnett 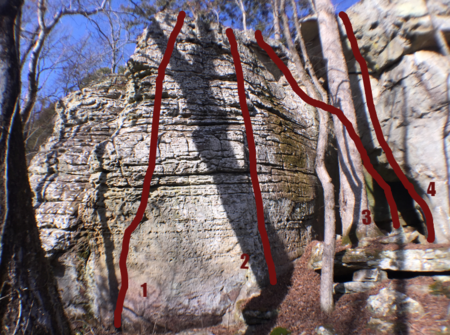 This area of  fern is north  ( upstream ) of the main climbing area , about a five minute walk on a trail that follows along the bottom of the cliff line. From parking area walk west about 30 seconds, to PK boulder, walk  to the base of PK boulder then head north  for about five minutes till you come to a large roof, about 20 feet long and about 15+ feet off the ground, these are routes 12 - 15

Find a place inside where there is joy, and the joy will burn out the pain.  Joseph Campbell

Automobile racing, bullfighting and mountaineering are the only true sports , everything is a mere game.  Ernest Hemingway

All routes that say project* have been climbed on top rope and the grade a good guess, just waiting to be bolted. If routes says project, it has not been climbed. All routes have anchors unless stated otherwise.

This climbs are around the corner, south of  "Friends of Ken"  (starts from north to south)

​​​This climb is located a few hundred yards south, down stream from the Barbie Wall 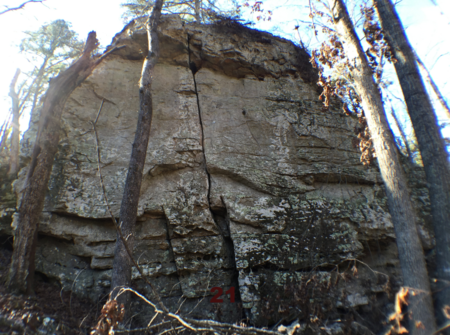 This area is located across the stream from Dark Matter Wall and about 50 yards down , look for a cave area. 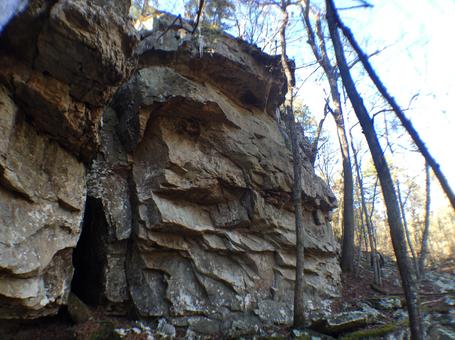 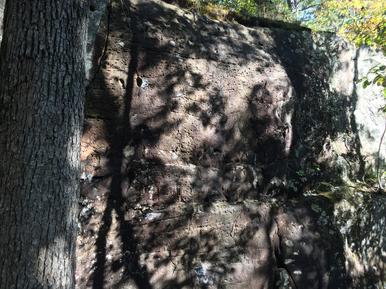 Small holds and pockets lead to crimps and side pulls , then through large flakes and finishing on overhanging section.  5 bolts

Start on an obvious flake , climb up the pockets and over a bulge to reach the anchors.   2 bolts  FA Jerry Barnett

Put your heart, mind, soul into the smallest acts. This is the secret of success.  Swami  Sivananda

Nothing is impossible, the word itself says " I'm possible"  Audrey Hepburn 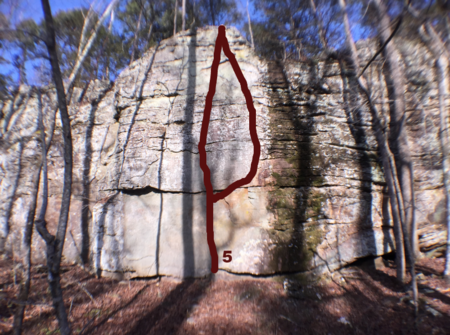 Start in the corner in the right side of the cave, undercling the crack working your way up and out left to the slab behind you , finishing at the chains. 5.7 FA Roger Mckinney

Climb an arete through sidepulls while pulling through a roof then  advance through a second much larger one to easy climbing above. Should be bolted by spring 2015​ 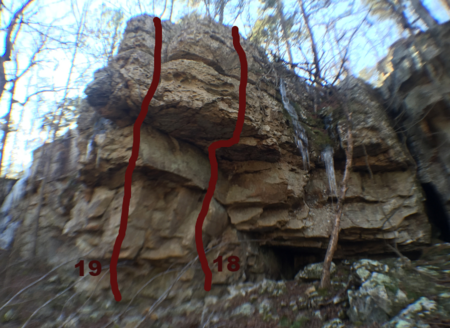 ​This wall is located 30 yards south of  the route Flash Gordon.

You must do the things you think you cannot do.  Eleanor Roosevelt

Climb up crimps that lead to a balancey crux move to a pocket. 4 bolts  FA  Jerry Barnett     Stay on face and avoid going right to small arete. 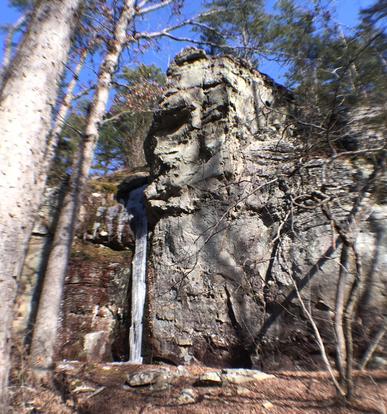 Scramble up on a boulder to the base of this climb, follow a large flake to the top. Only wish this climb was longer.  2 bolts  FA Jerry Barnett 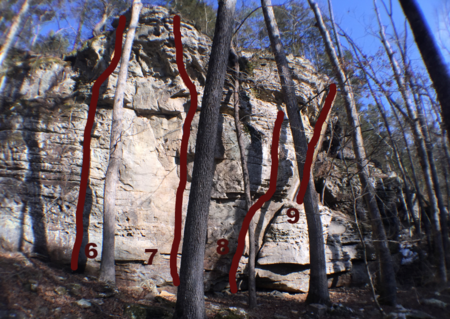 Believe you can and your halfway there.  Theodore Roosevelt

Start with a few small pockets bump to a few slopers that lead to easy slab climbing.  3 bolts